Struck initially by the similarity between the strong but understated abstract expressionist grid paintings of Agnes Martin and the regular patterns of brickwork that are such an integral part of both the emotional and built environment in Bruges I found her recently published biography, 'Agnes Martin: Her Life and Art' by Nancy Princenthal in the Raaklijn bookshop. Her practical interest in Zen Buddhism and Asian philosophy is clearly present in her statements about getting rid of intellectual 'ideas' and being 'empty' to respond to pure emotional inspiration not as an expression of personal ego.

After leaving New York she appeared to renounce the comfort and security of more conventional artists, painting 'with her back to the world' and living a largely spartan solitary life in an adobe house she built herself in New Mexico. She abandoned painting for seven years but this period of transition, along with her closeted homosexuality and periods of mental turbulence were also perhaps important springs of independence and inspiration - her 'voices'. Later in life she enjoyed considerable success, fame and cult status ironically perhaps given her self-effacing self-imposed reclusive lifestyle.

The context for this statement can be found in the link below.
Tate Shots: Agness Martin

Still working on a series of black and white paintings for F which keep changing as further layers 'subtract' earlier layers by a process of 'addition'. This is their current status below. 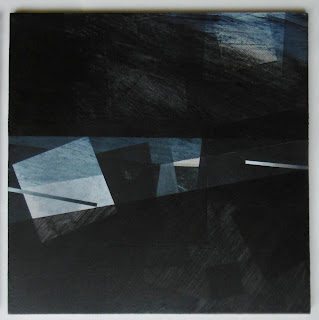 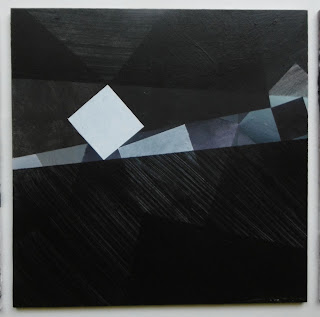 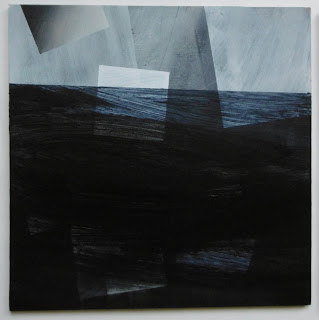 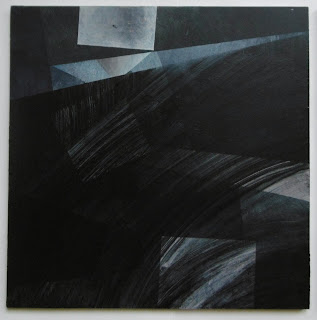 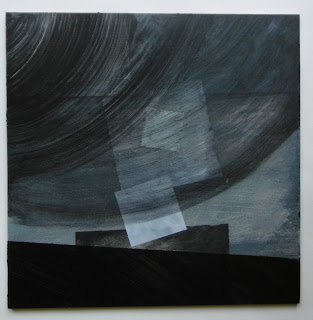 Agnes Martin felt that music was the best and highest form of art because it was completely abstract and drew a powerful emotional response from the listener.


During the summer I was able to hear three concerts which formed part of the MA festival of early music in Bruges. The Vox Luminis ensemble's perfomance of Giacomo Carissimi's counter reformation oratorio Jepthte and Vanitas Vanitatum alongside compositions by Luigi Rossi, Domenico Mazzocchi and Kaspar Förster at the Sint Jakobskerk was the most moving and powerful for me.  The others MEDIA VITA Stile Antico at the Sint Walburgakerk and  IL TRIONFO DEL TEMPO E DEL DISINGANNO by G.F. Handel with Dunedin Consort ensemble at the concertgebouw which presented an allegorical duel between vanity and transience.

The following three paintings from the fugitive image series are currently on display at the Raaklijn bookshop in Bruges. http://www.raaklijn.be/nl/ 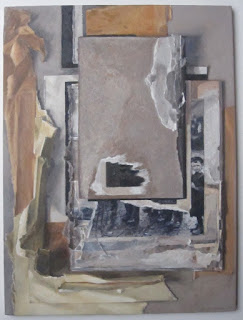 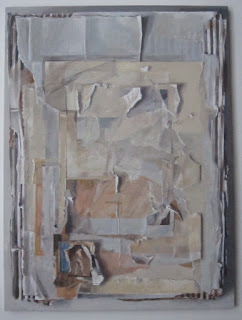 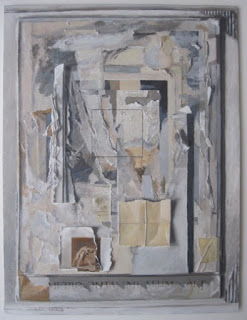 Posted by Alan Mitchell at 9:04 AM No comments:

My formative years, between the age of 11 and 18, where spent in Lancashire in the North of England in a largely late Victorian Gothic Revival building. We followed a rather monastic daily schedule that included morning mass and night prayers.  This pre-computer world included the old classical tradition of naming year levels by the subjects studied at these various stages; middle school 6th, 7th and 8th grade were called, 'underlow', 'low figures' and 'high figures', whilst high school 9th and 10th grade were, 'grammar' and 'syntax' respectively, and 11th and 12th grade 'poetry' and 'rhetoric'. Whilst I endured five years of Latin with only moderate success, I focused on English Literature, Art and Ancient History at 'A' level passing with As, although by that time I was rebellious, disenchanted and disengaged by a system which felt like it was out of touch, at least with my emerging view of reality, and ready to escape to London and art school.

In retrospect is it possible to see how in the 1880s such a pile of masonry could have grown as a visual and material embodiment of strongly held identities, values and world views, particularly in Lancashire, which since the reformation had remained staunchly Catholic with significant pockets of resistance in the local recusant gentry and large influxes of Irish poor into cities like Liverpool following the potato famine.


The poems of Gerard Manley Hopkins, (1844-1889) which I studied at this time, remain as vivid individual expressions of feelings and perceptions transformed into art and language of one who lived through these transformations. This one is particularly poignant.

to a Young Child

Margaret, are you grieving
Over Goldengrove unleaving?
Leaves, like the things of man, you
With your fresh thoughts care for, can you?
Ah! as the heart grows older
It will come to such sights colder
By and by, nor spare a sigh
Though worlds of wanwood leafmeal lie;
And yet you will weep and know why.
Now no matter, child, the name:
Sorrow's springs are the same.
Nor mouth had, no nor mind, expressed
What héart héard of, ghóst guéssed:
It is the blight man was born for,
It is Margaret you mourn for.


Criticism of the worst excesses of a materialistic, 19th century commercial, industrial, capitalism, crystallize in the writings of John Ruskin, who championed amongst many other things, public libraries and drawing classes for working men, and William Morris, whose socialist utopian vision was expressed in 'News from Nowhere'. The Arts and Crafts movement spreading out from Britain would later influence the Bauhaus. Augustus Pugin's Gothic revival architecture pitches his version of the middle ages against the facades of commercial 'classical' Georgian architecture, and the romantic medievalism and social insight in the paintings of the Pre-Raphealite Brotherhood provided an aesthetic background to John Henry Newman's conversion to Catholicism and The Oxford Movement, which articulated voices of dissent from within the English establishment, with their focus on social reform, spiritual renewal and revival.

The demographics of history, economic and social life in the growing cities of the North of England provided a fertile soil for such ideas to grow into. Some of the building's which followed survived only a hundred years into the late 20th century, as in the case of my old school, and are now abandoned and falling into decay and dereliction, awaiting perhaps their own renaissance in a future cycle of regrowth and regeneration? 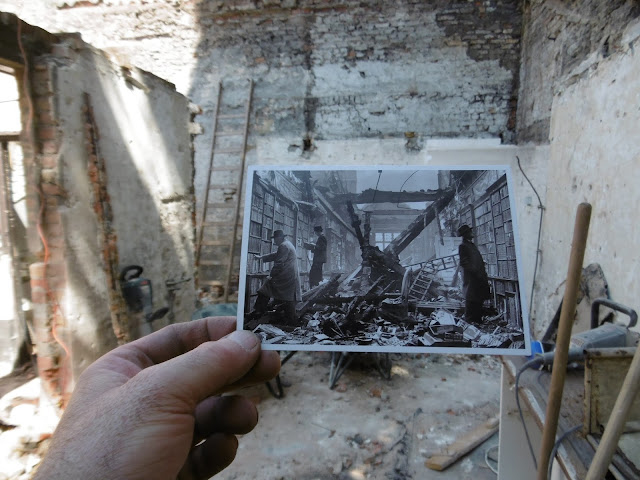 Posted by Alan Mitchell at 1:50 AM No comments: