There are days when everything I see seems to me charged with meaning: messages it would be difficult for me to communicate to others, define, translate into words, but which for this very reason appear to me decisive. They are announcements or presages that concern me and the world at once: for my part, not only the external events of my existence but also what happens inside, in the depth of me; and for the world, not some particular event but the general way of being of all things. You will understand therefor my difficulty in speaking about it, except by allusion.

Italo Calvino ' If on a winter's night a traveler' 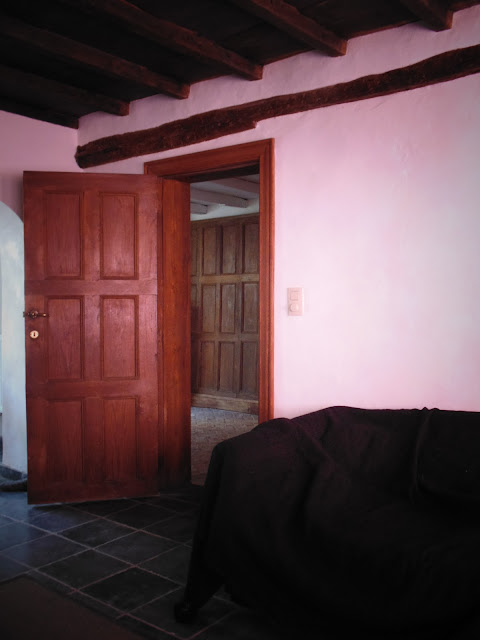 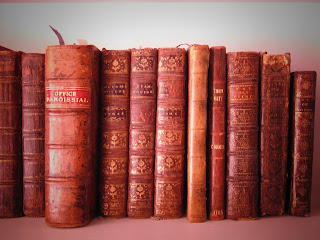 Each weekend I regain the geometry of the house; first at the broad base of it's pyramid; washing, eating, walking, sitting, reading, looking, and  then gradually mounting the pyramid to sleep under the roofs apex - where form meets formlessness - under the celestial zenith - at the breathing point of the roof and sky.

treat nature by means of the cylinder, the sphere, the cone, everything brought into proper perspective so that each side of an object or a plane is directed towards a central point.'

Plato's 'solids' were associated with the elements; earth the cube, air the octahedron, water the icosahedron and fire the tetrahedra. Plato attributed the dodecahedron with arrangement of the constellations. 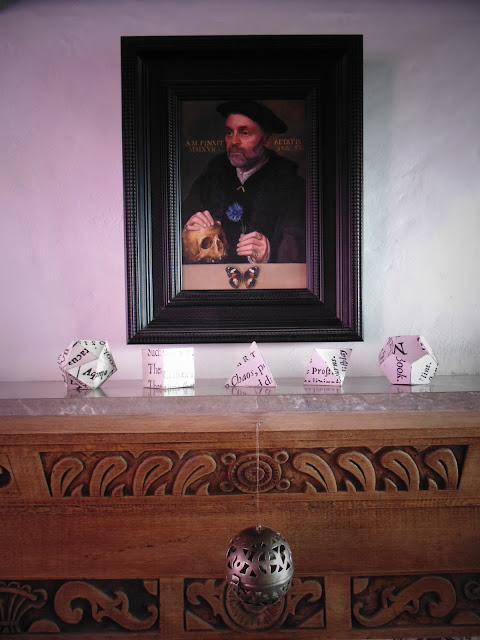 I recently read Spike Bucklow's 'The Alchemy of Paint: Art, Science and Secrets from the Middle Ages'
Attempting to join up artists’ theory and practice has been a lot of fun. Walking my dog around Cambridgeshire, across fields and over the nearest things to hills that the region has to offer, I saw the sun set and the stars come out, the seasons come and go, and the colours change. I attempted to familiarise myself with what CS Lewis called The Discarded Image, the poetic way that the medieval world view synthesised ‘the whole organisation of their theology, science and history into a single, complex, harmonious mental model of the universe’. In the medieval world, everything had meaning, even the pigments they painted with. Guidance from the ‘discarded image’ helped me to consider artists’ materials and methods in ways that modern science could not.

Making paintings, renovating a personal dwelling are intensely physical and material activities but they are also metaphysical, concerned with realities beyond the visible and tangible world of appearances. There is a visual language and a material grammar of things. Their history, character and nature can be 'read' as they acquire meanings, both individual and collective, from their changing contexts, and accumulate associated significance. We inhabit a world in time and space in which memory and identity are forged through personal relationships to people, places and things.

The kind of materials I have used have 'meanings' like these; lime and sand for mortar, stone and marble, fired clay in tiles and bricks; wood, mainly oak, and metal, iron and brass. I have especially sought out reclaimed and recycled materials with qualities of utility and endurance, the signs of both age and use as well as an inherent natural beauty, evident from patterns and textures that indicate natural cycles of growth and decay, repair and reuse over years. 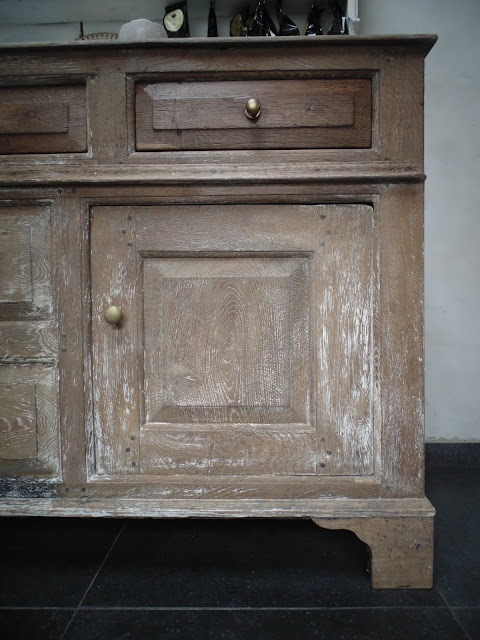 This 18th century English oak dresser from Wales, Lancashire or Yorkshire, which I am currently cleaning had been covered with white emulsion paint by a previous owner. It was made with oak trees that must have been around 200 years old when they were cut down. This means they were saplings in 1550. Likewise the salvaged 18th century solid oak doors which have been used both for their original purpose and as traditional oak paneling to dry-line the hall way. I have a oak chest from around 1680 which must be made with trees that were saplings from around the time of the battle of Bosworth in 1485. The various Belgian marbles that has also been reused from salvage have a grain that reveals liquid processes of metamorphoses taking place in the earth hundreds of millions of years ago. These kind of materials age well.

Pallassmaa says that unlike, ...'the machine made materials of today - scaleless sheets of glass, enameled metals and synthetic plastics .....Natural materials express their age, as well as the story of their origins and their history of human use. All matter exists in a continuum of time; the patina of wear adds the enriching experience of time to the materials of construction. This fear of the traces of wear and age is related to our fear of death.' 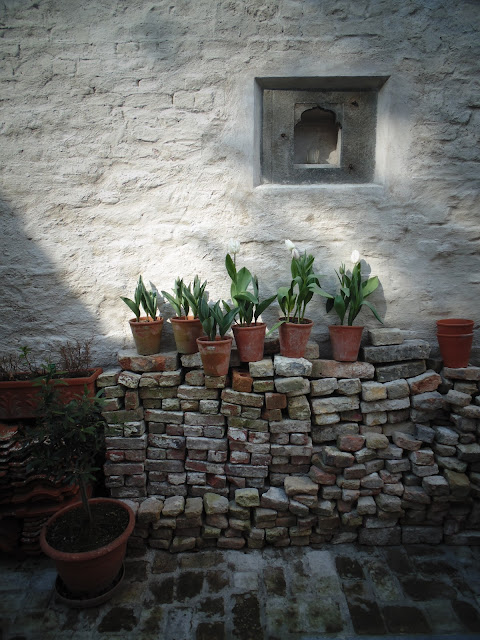 I am struck by how much 'ocularcentrism' in modern and contemporary architecture, which Juhani Pallasmaa regards as fixated on retinal, pictorial and perspective based systems of seeing, privileges the eye over over the other senses and in particular the primordial sense of touch - the mother of all the senses.  This resonates with my own intuitive approach to the house in which the tactile experience of using lime mortar to plaster the walls and tile the floors has been intensely physical and tactile.

'Construction in traditional cultures is guided by the body in the same way that a bird shapes its nest by movements of its body. Indigenous clay and mud architectures in various parts of the world seem to be born of the muscular and haptic senses more than the eye.'

Juhani Pallasmaa's 'The Eyes Of The Skin' 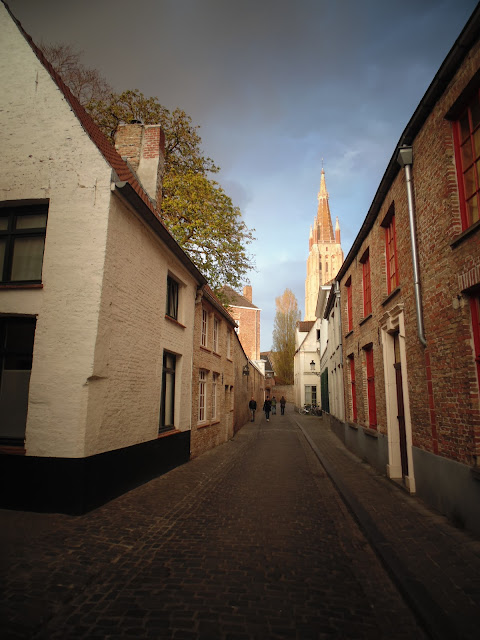 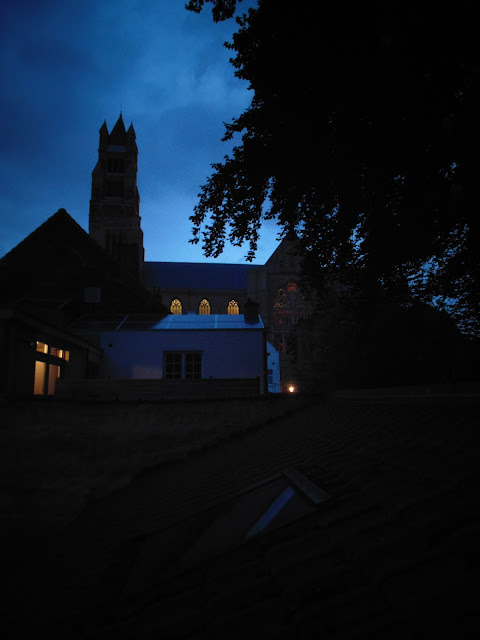 Posted by Alan Mitchell at 7:56 AM No comments: