The Art of Simplicity

My aim is to take familiar things and make
Poetry of them, and do it in such a way
That it looks as if it was easy as could be
For anybody to do it (although he'd sweat
And strain and work his head off, all in vain)
Such is the power of judgement, of knowing what
It means to put the elements together
In just the right way; such is the power of making
A perfectly wonderful thing out of nothing much.

Horace. Epistle to Pisos ( The Art of Poetry)
Translated by David Ferry 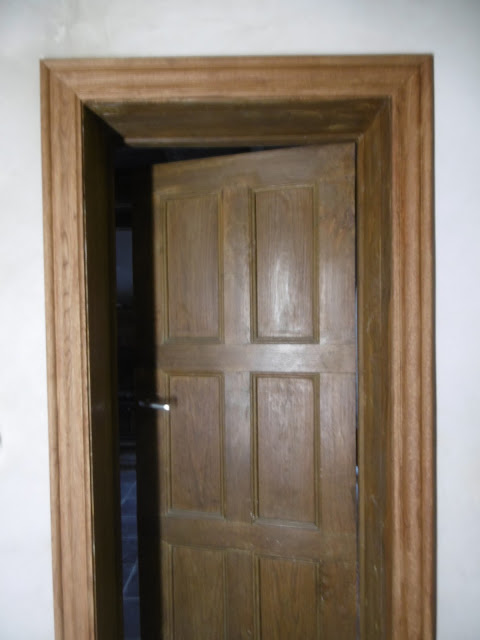 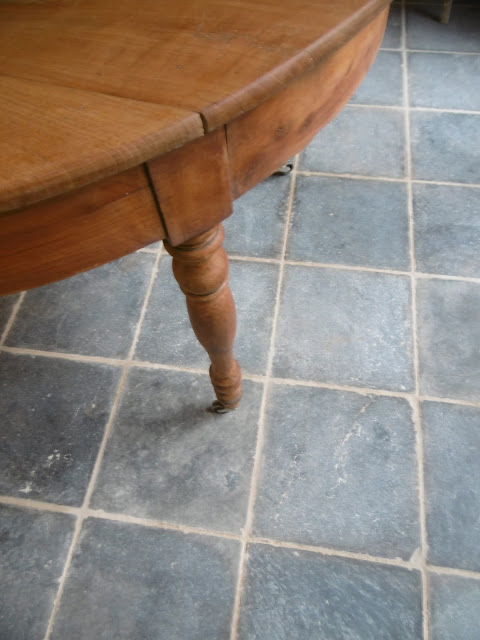 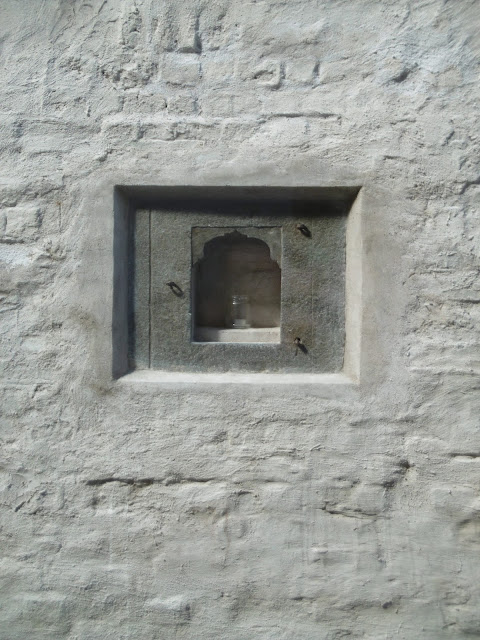 Posted by Alan Mitchell at 11:44 AM No comments:


It is appropriate in the month of January to talk about doors. The name January is derived from Janus, the Roman god of beginnings, gates, transitions, time, doorways, passages, and endings. The transition from 2016 to 2017 has seen a number of doors, (and walls and floors) finally settled into place in the house. Apart from new doors I have managed to reuse some old solid oak paneled doors with nicely doweled mortise and tenon joints found in a local salvage yard. We have still to place the oak moldings on the wall around the frames now that the lime plaster is leveled and dry. 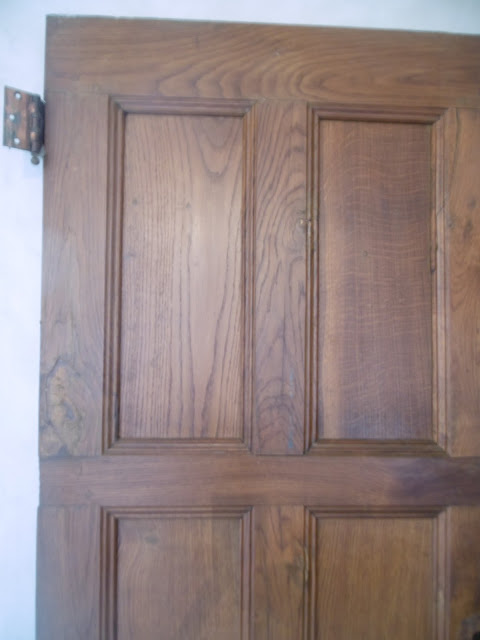 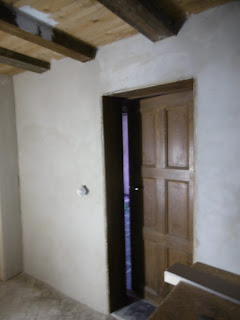 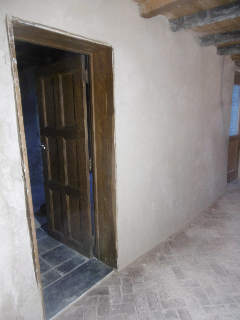 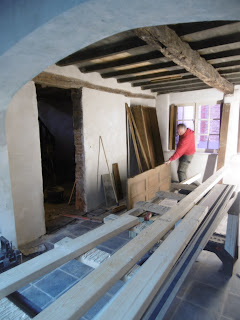 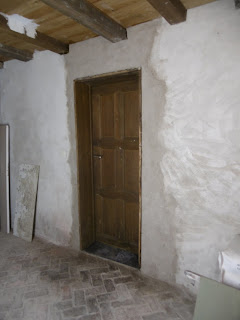 Apart from doors P brought an old fruit-wood drum table with turned legs on castors to see if it could be used rather than thrown away. I started yesterday to sand and clean the painted top and fill the worm holes with wax filler. When all four legs are screwed on and it is fully cleaned, filled and polished it will be a useful small table in the living room. For me the damage of the worm holes are signs of age and survival and they add to its beauty and meaning. Eventually I will place a cherry wood burr bowl and on it with some fresh fruit or a simple vase of flowers. 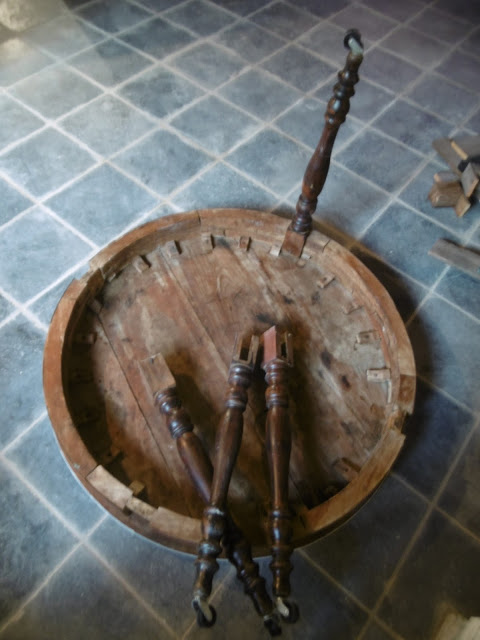 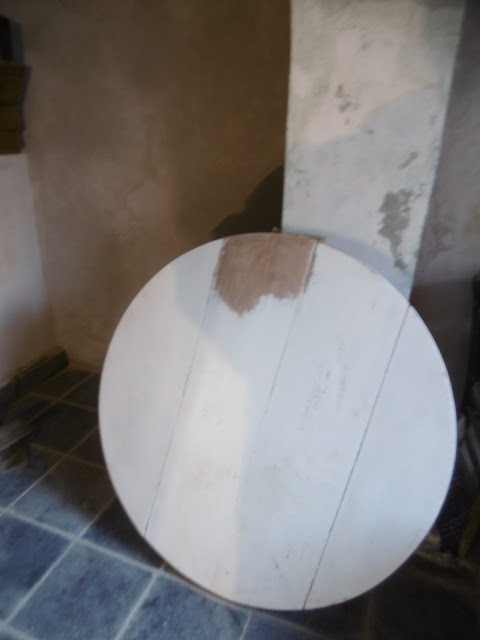 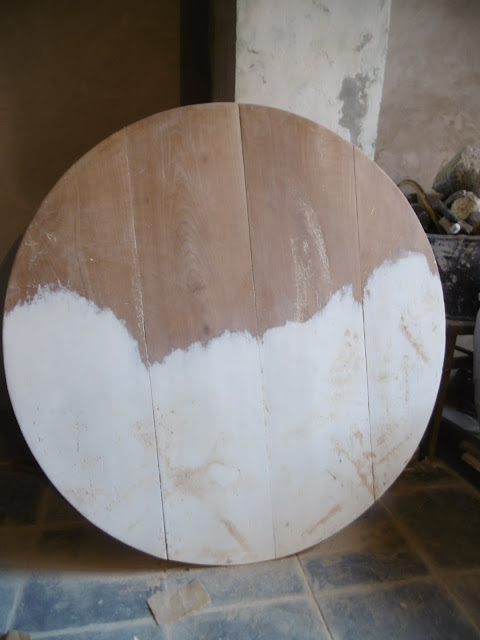 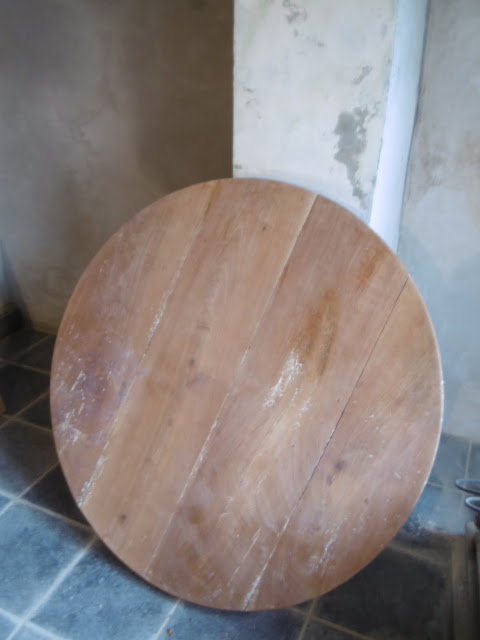 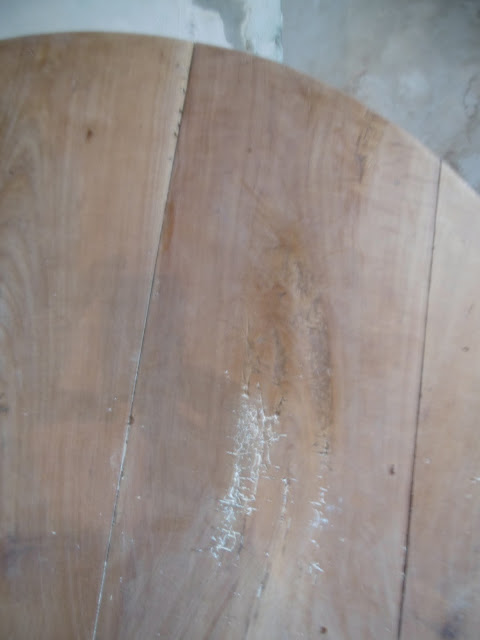 Before the Christmas break I heard Vox Luminis at the Brugge concertgebouw in a performance of Schütz' Weihnachtshistorie from 1664. Next Saturday 21st will see me there again for Vox Luminis & Masques, Bach’s family tree.

I have been reading the late Anne Cuneo's book 'Tregian's Ground. The Life and Sometime Secret Adventures of Francis Tregian, Gentleman and Musician'.  Set in the 16th and 17th Century during a period of religious and political turmoil and often violent conflict,  it reconstructs in an imaginative novel the real life of the Elizabethan Cornish Catholic 'recusant' and talented musician Thomas Tregian, and his travels and exile across Renaissance Europe. Learning the language in France, Italy and Holland, he forges both his identity and a philosophy of tolerance based around his experience of music and love, friendships and loyalties that reach across national and religious divides, encountering like minds in great men of the age from Thomas Tallis, William Byrd and Thomas Morley to Shakespeare and Montiverdi and the essays of Michel de Montagne. During Christmas break, whilst staying with my cousin in London I visited St. Alfege's church in Greenwich, where Tallis once worked and is buried. The specifics of time and place make the still tangible vibrations of this polyphonic choral music in the breath of contemporary performers across time all the more extraordinary. 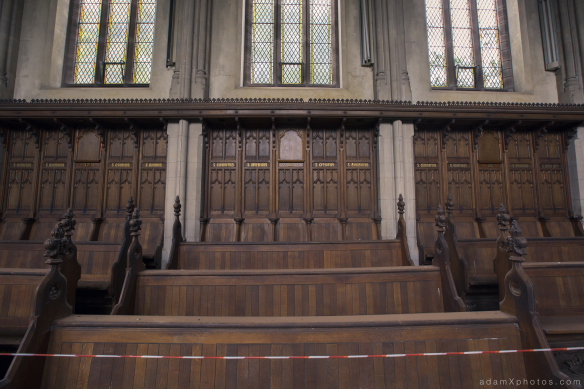 The love of 'old music' and 'old wood' began when I was eleven years old singing polyphonic latin motets first as an alto then as a tenor in the Schola Cantorum perched in these now abandoned and decaying stalls.
''I count religion but childish toy
and hold there is no sin but ignorance"

Spoken by 'Machevill' in the prologue to 'The Jew of Malta' by Christopher Marlowe.

In the 16th and 17th centuries, the ability to walk a tightrope, balancing loyalties between church and state, in a world of spies, propaganda and counter propaganda, where you could be put to death for treason or heresy by religious of political extremists on both sides of the coin made the practice of 'duplicity' or being 'Janus faced' a survival tactic. How much has really changed ? 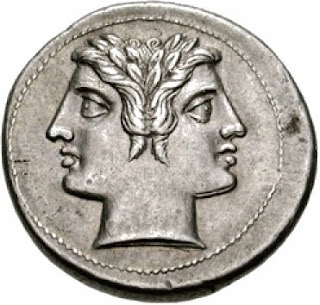 Posted by Alan Mitchell at 1:15 PM No comments: