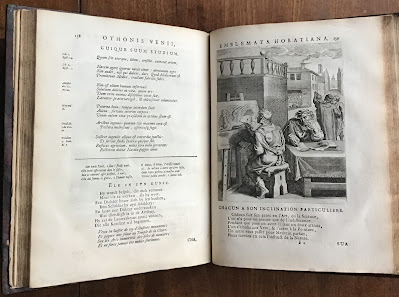 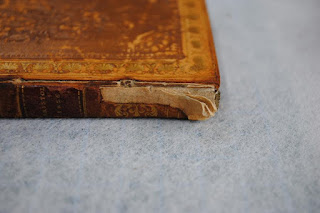 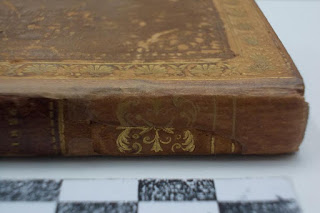 Having recently had my windows replaced with new approved ‘old’ wooden replicas (with double glazing) I was struck by the way the masonry, plaster and wooden frame itself crucially defines the way we experience light and space which they contextualize.  Using a ready mixed lime plaster, Tubag NHL-P historiche kalkpleister from Tintelijn in Gent, to ‘heal’ the wall where the earlier lime plaster was broken off to mount the windows recalled the more delicate procedures undertaken by the book conservationist. 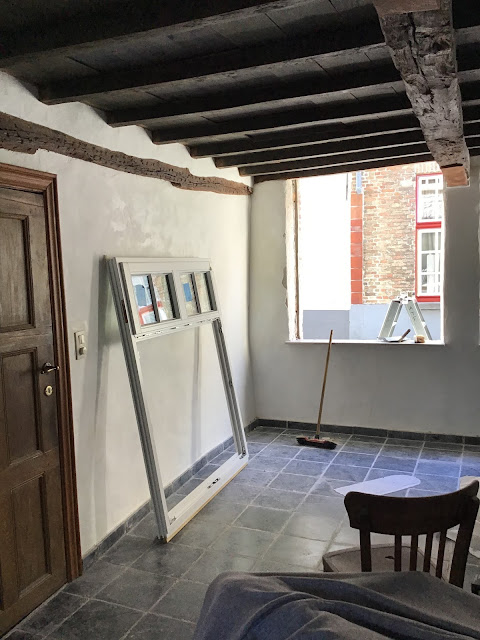 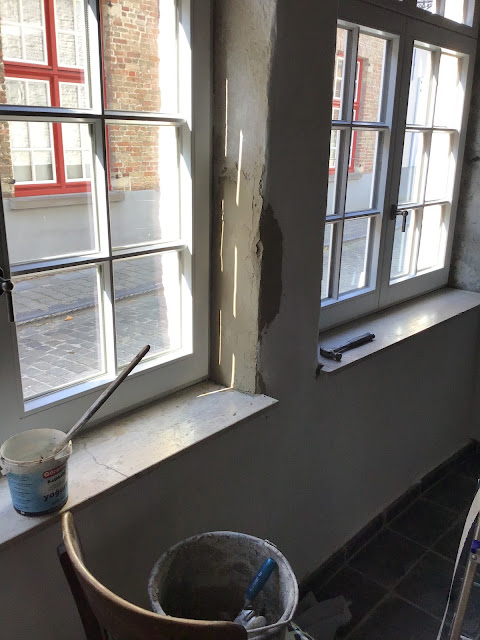 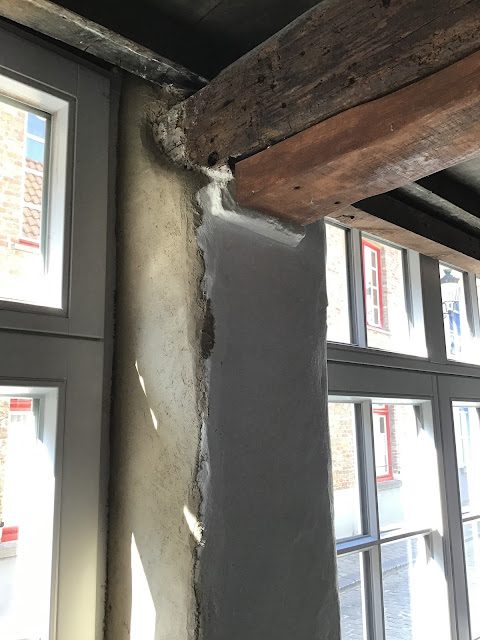 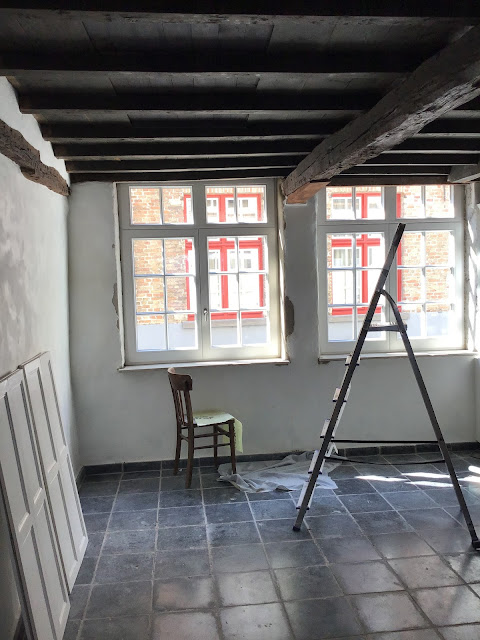 Matching up the edges of the broken fragments and reassembling them, filling the gaps and then attempting to make them invisible, is also something I have also had to do in a recent porcelain restoration I attempted when I accidently dropped an 18th century 'Chinese' blue and white Caughley bowl which I have had for over 30 years since I bought it in Ironbridge in Shropshire near to the long  defunct factory in Coalbrookdale, the origin of William Blake's, 'Dark Satanic Mills'.  These places are now archeological sites which mark the beginning of the industrial revolution with Abraham Darby's coke blast furnace, and the famous iron bridge itself, locations seminal to the changes and transformations brought about through science, technology, industry and commerce and its subsequent abandonment and decay until recent years, when many of these sites themselves were curated, conserved, restored, and opened as museums. 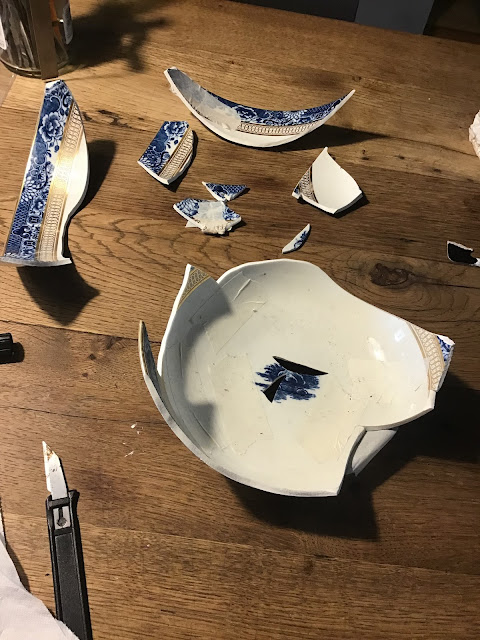 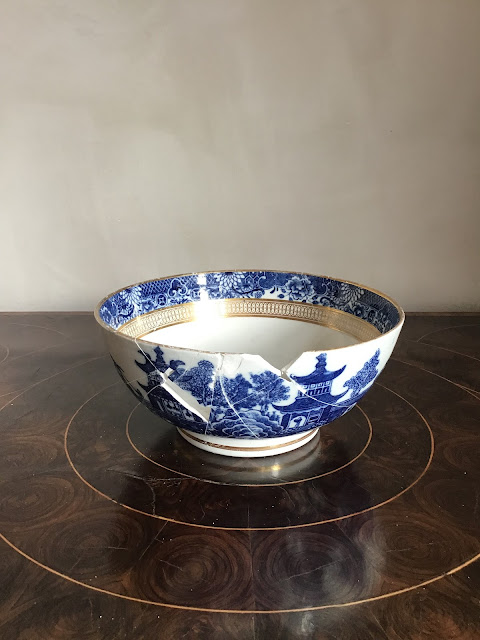 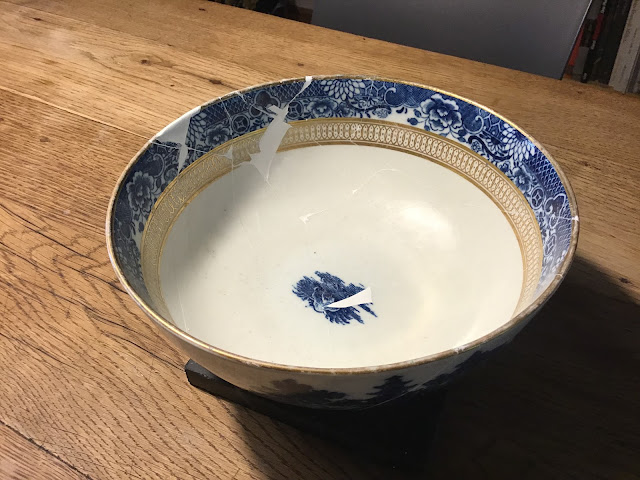 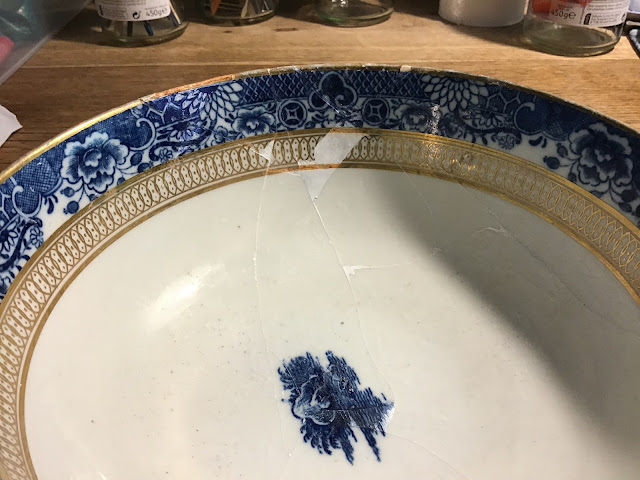 These processes, which speak so eloquently about the passage of time, of ageing and decay, and the possibility of restoration, of healing and making whole again through caring for what is precious and repairing and conserving objects or places which are valued, help to preserve a living memory of people and a tangible link to the material past. 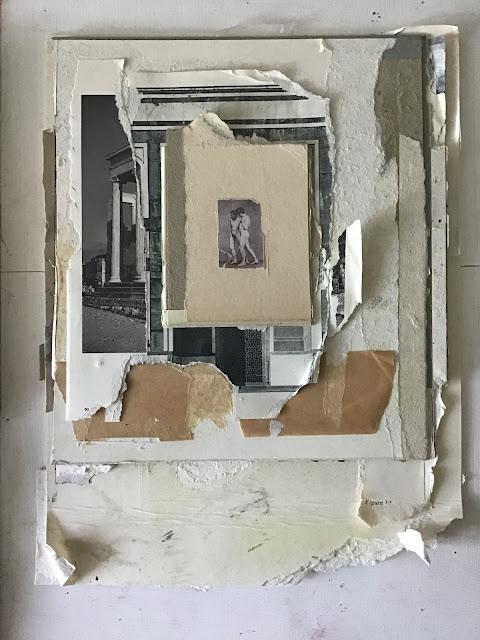 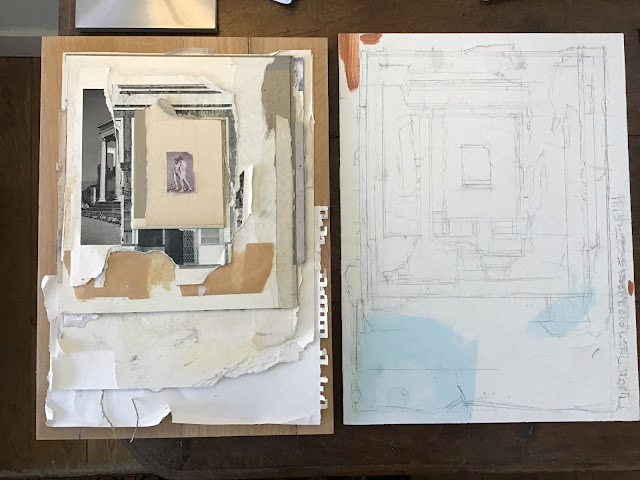 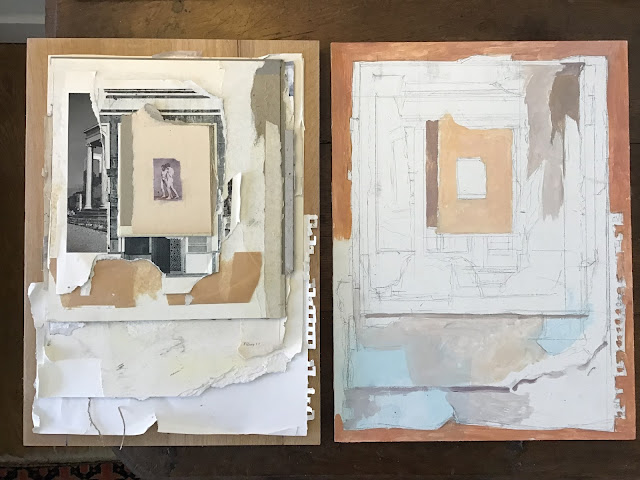 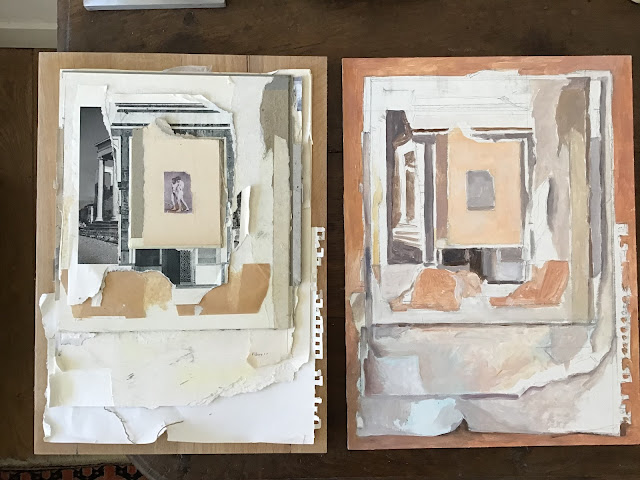 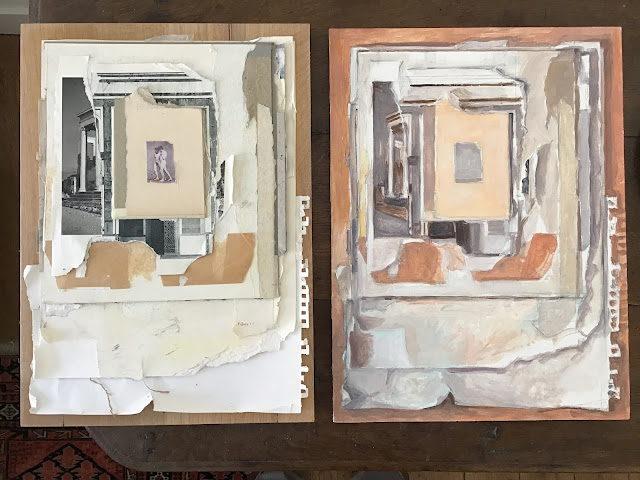 In my own work with collage and oil paint, (for instance in the example above, entitled 'Exiles', which is a work in progress, and the example below) I try to evoke the same sense of both the ravages of time and the attempt to freeze or capture its fragile and fugitive nature, contrasting the ephemeral delicacy of the paper and it's relatively more permanent or monumental trompe l’oeil illusion using wood, linen, gesso, oil paint and other traditional materials of the painter’s craft. I am concerned not only with the realism of the illusion based on careful observation of light and shadow form and shape, space and colour, but also on the formal abstract qualities of the work, and the gestural, visceral quality of the oil paint medium itself. It seems to me that the edges of the picture, the liminal space between where the picture begins and ends, both inside and outside border of the frame, is the most ambiguous, challenging and highly charged area; the one which is often overlooked when the focus of attention is the subject of the picture, or the view through the frame.  In the work below, which is an oil painting on wood, the recessed mount with its fragment of paper is also part of the painted illusion. 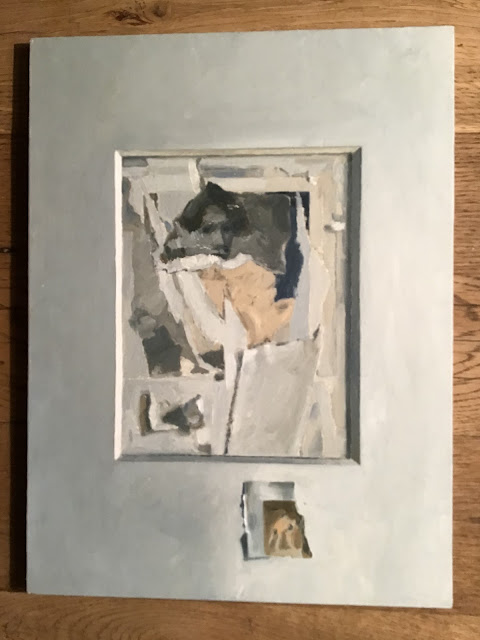 Posted by Alan Mitchell at 9:51 AM